Sometime ago, I invented Finnish 27, a new family of table-card games. I don’t know whether my invention is worth anything. Just in case it is, I decided to patent it before telling the world about it.

For me the patenting process was long and arduous. I didn’t have the funds to pay for a patent attorney; and in any case I didn’t think a patent attorney would give the care to detail that I believed my invention deserved. For that reason, I took it upon myself to write the patent application.

In this regard, there were some things that were helpful to me and some things that were not. For three hundred dollars, I bought a computer program called PatentEase. This program was a complete waste time and money. I don’t recommend it to anybody thinking about patenting their own invention unless that invention is exceedingly simple. For less than twenty-five dollars, I bought a do-it-yourself book entitled “Patent It Yourself”. The book was written by a patent attorney by the name of David Pressman and is published by NOLO. I would highly recommend this book to anybody who is thinking about patenting their own invention. With the help this book, I wrote my patent application.

However, I received what is called a “Notice of Allowance and Fees Due” on August 28th, 2015. The notice stated that the USPTO would issue a patent to me after I paid the fees due. I paid the fees due on September 10, 2015. Afterwards, I received another notice. This notice stated that I would the USPTO would issue a patent to me for my invention on or about October 20th, 2015. On that very day, a patent was issued to me by the United States Patent and Trademark Office. Later that week I received a printed copy of the patent document in the mail. Yesterday, I took some pictures of the document with my iPod. I am now posting those pictures for everybody to see. 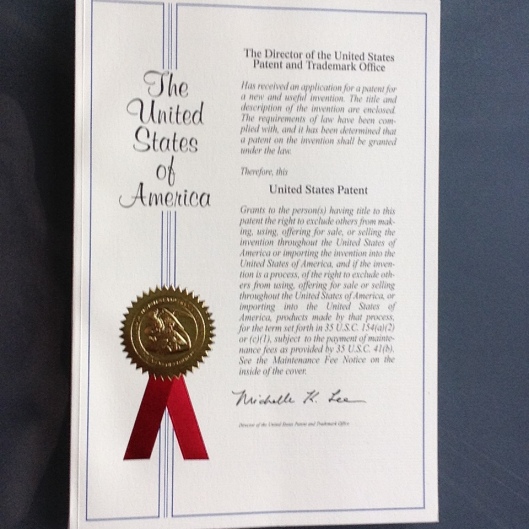 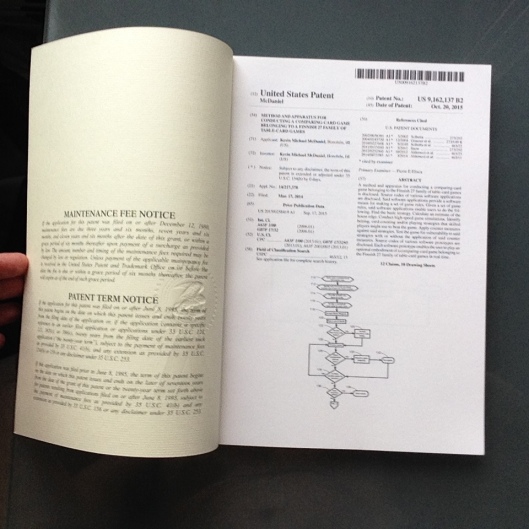 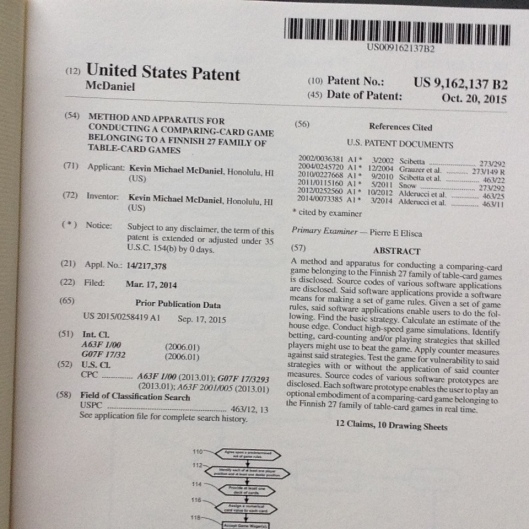 I am proud of myself for having written the patent. I am very grateful for the support and help I received from a my family, my friends, and the larger community. Aloha and Mahalo.